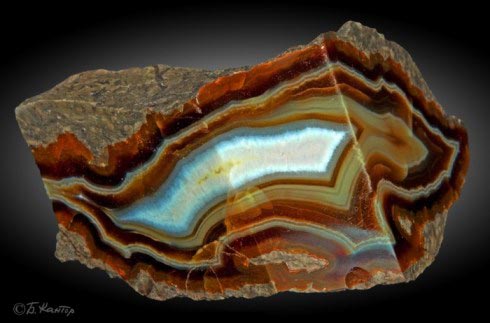 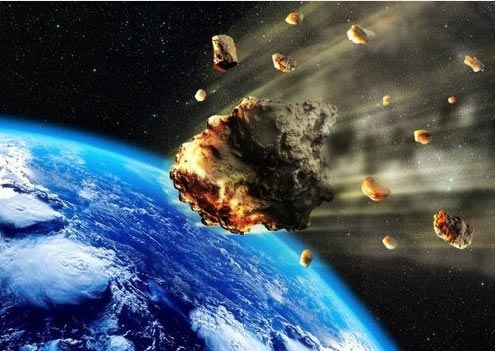 A new season, a new car, new ideas... - all this must be implemented.

Did this yesterday. At 6-55 in the morning I started on my new Reno Duster 4 * 4 SUV to Staraya Sitnya. The snow has already melted, there is no grass yet - the best time for reconnaissance. Didn't plan to dig. I planned to test my hypotheses and visit points where I had not yet been. Over the years of trips to Sitna, quantity began to turn into quality, and I began to form a certain general view of the occurrence of agates in Sitna. That's what I wanted to check. Probably, everyone who was interested in the search for agates in Sitna began with the study of G.P. Volarovich’s book “Colored Stones of the Moscow Region”, published in 1991. I was no exception. There, only one paragraph is devoted to the occurrence of agates in Sitna, but at least something specific. However, the more I dig in Sitna, the more I disagree with the author neither on the definition of the places of occurrence of agates, nor on the sign that unites them, nor on their formation. Now I am not yet ready to voice my views in detail, but my trip was primarily devoted to testing these views on the regularities in the manifestation of agates in Sitna as a whole. And for this it was necessary to visit more than one point, but to go around almost the entire hill, at the foot of which Staraya Sitnya is located. I even bought one device to test my hypothesis, in order to more accurately understand and check where the exits of the manifestation of agates can be. I won't say which one either.

In general, I was all so equipped (SUV, instrument, navigator) went to Sitna. Suddenly, just before the village, the navigator ordered to deviate from the usual route to the left. Well, you can see better from the satellite. As a result, he took me to another part of Sitni, which adjoins the village of Lermontovo and is separated from the main Sitni by the Sitenka river. I had to get out by country roads, broken and hardened after the spring thaw. That's when my SUV came in handy. I am even pleased that I managed to test it a little outside the asphalt. 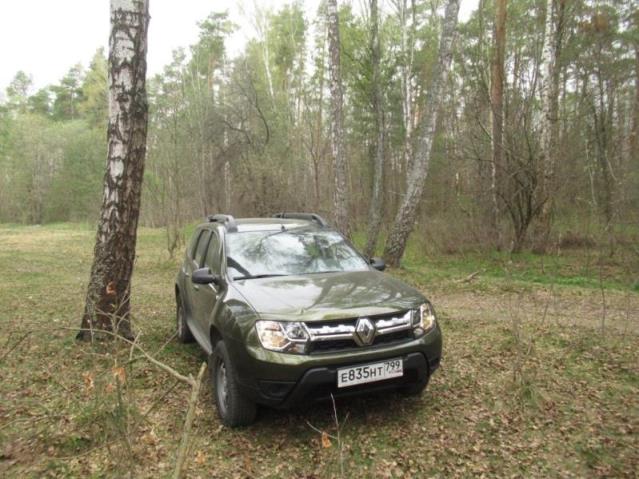 I visited first my main point in the forest. The flood was apparently weak this year - last year's foliage was not washed away. It’s a pity, sometimes after that it’s possible to find excavated, but not previously seen samples, which were washed away by the flood, at the old point among the discarded ones. But he made fossils out of limestone. He took readings from the meter. I searched on the topographic map for another ravine in the forest. I looked at the place where the device shows the same values. Everything is covered up - nothing to understand. To be honest, I failed to orient myself on the map, so I cut five extra kilometers through the forest. But I met a snake curled up in a ball, which, when trying to take a picture of it, quickly darted under the fallen leaves and rustled somewhere under it. 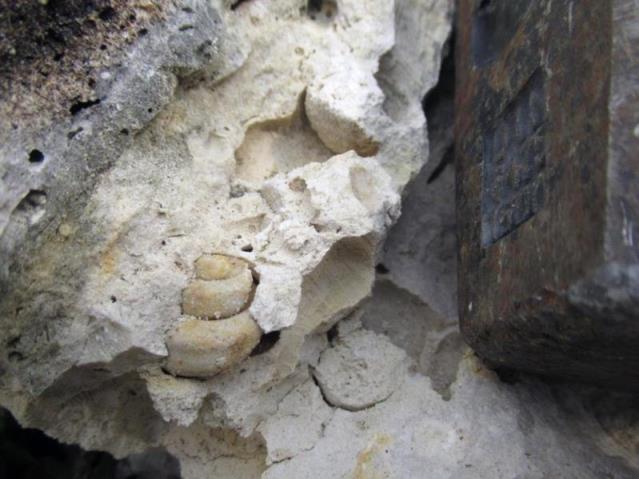 Now I had to implement one more idea… A couple of years ago I discovered a hole in the ground in a ravine in the forest, where the water went. I assumed it was a karst funnel. This winter, on the site of speleologists, I came across a mention that karst sinkholes are indeed found in Sitna. And I was finally convinced that it was her. And what is there inside? The hole was quite large - the size of a plate. There were no stones nearby, but the sticks fell through there. Therefore, this time I went prepared: the idea was to lower a string bag with a mobile phone in video mode and backlight there on a rope. But it was not there. The funnel has grown larger this year, but that is what killed it. The sides slid into it and clogged the entire hole with a clay plug. And I imagined an underground cave with such crystals on the walls, or at least stalactites. Further, the path lay in another large forest ravine. I've been there a couple of times. But at that time it was not possible to find agates. Although my friends found. I walked along the ravine - I found a point with the necessary instrument readings. Agatov still did not find. Although at this point at least the exits of the stones turned out to be. But I found an old broken horseshoe. They say that only that horseshoe brings happiness, which he found himself. But then I forgot it in the forest. I give you a tip: there is a horseshoe in the Sitnevsky forest! She can be yours. Seek and discover! 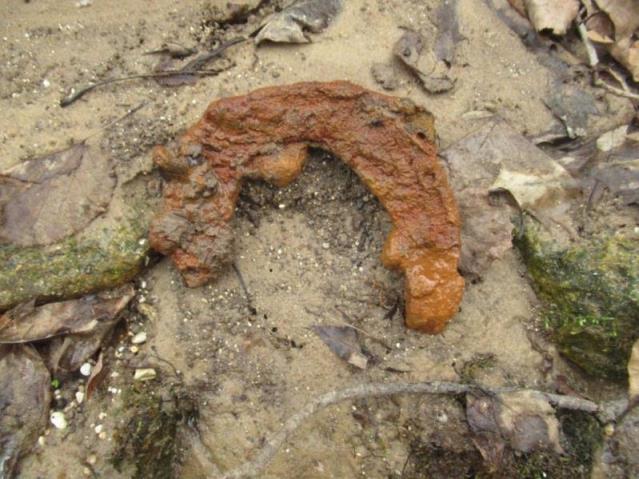 Then I went to the famous Starovsky ravine - the main place of pilgrimage for all stone lovers. The stream flowing at its base turned out to be dry. This has its advantages - it will be easier to implement the rest of the day's program in low water. I wandered along the stream - I found two "chicken gods". One is limestone, the other is flint. Flint I find for the first time. In the Starovsky ravine, I also measured the readings of the instrument. I marveled at the activity of some stone-lovers who laid three pits there last season. And the biggest one is in the most unpromising place. I would like their health... 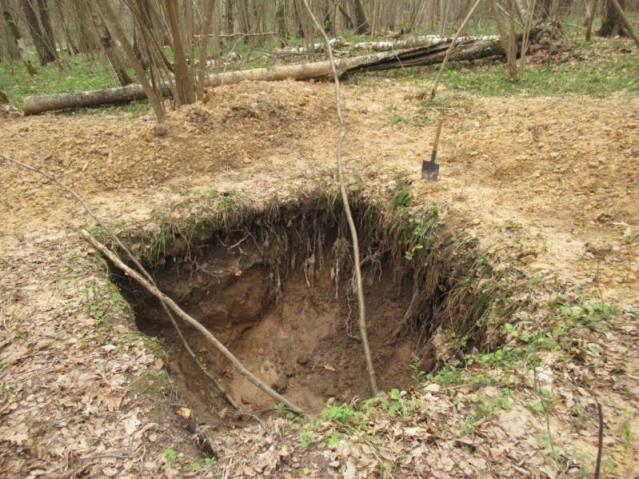 The next goal is the bed of a small local stream. About five years ago I passed it - it was empty. But I knew that agates were found somewhere there. Therefore, he now focused on another section of the stream. After walking some distance along the riverbed (fortunately, the water is low and the swamps are high), I already began to mentally draw up a trip report, the first phrase of which was “I haven’t traveled to Sitna so mediocre for a long time ...”, when suddenly my eyes caught on agate in flint, made with rock crystal, stuck into clay at the water's edge. I told you that low water has its advantages! I go left and right relative to it - there are no more finds. And no other signs. The only difference of this place is that there are bright red stones. They are red for sure from iron. And maybe this neighborhood is not accidental. After all, for a significant deposition of silica, its concentration in solutions should be maximum. And it depends on the ionic composition of the solution. So, in sea water, the solubility of silica is several times higher. It is said that iron ions also contribute to increasing the solubility of silica. Therefore, perhaps the presence of red stones and other ferruginous deposits is a search feature of chalcedony agates? Leaning over the stones and thinking about it, I watch how my red book passport falls out of the chest pocket of the encephalitis and floats past these red stones .... Here it is - harmony with nature! 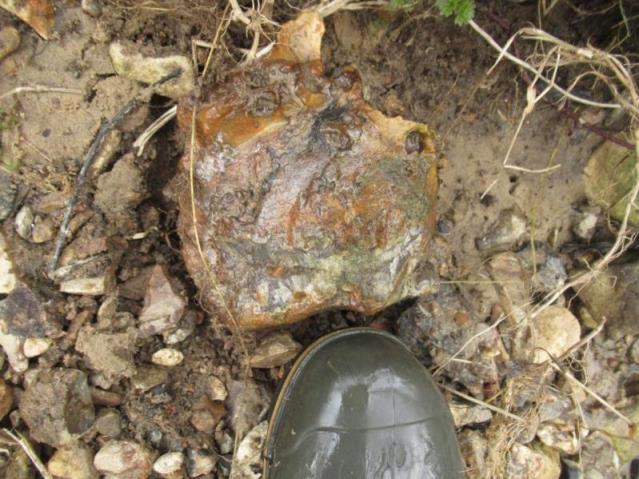 I wander further through the water, to the displeasure of the local frog population, which at this moment is actively breeding. Males sit on the backs of females, and females are noticeably, sometimes twice as large as males. They react sluggishly to me, and only when I am very close. 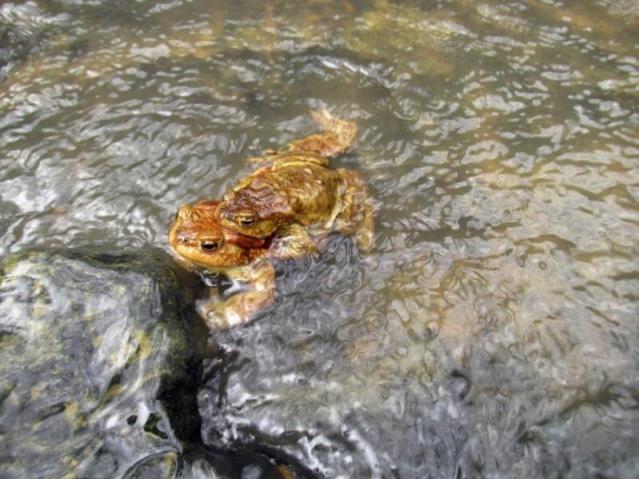 And here is another snake curled up on a birch. I take a closer picture of him - he does not run away. 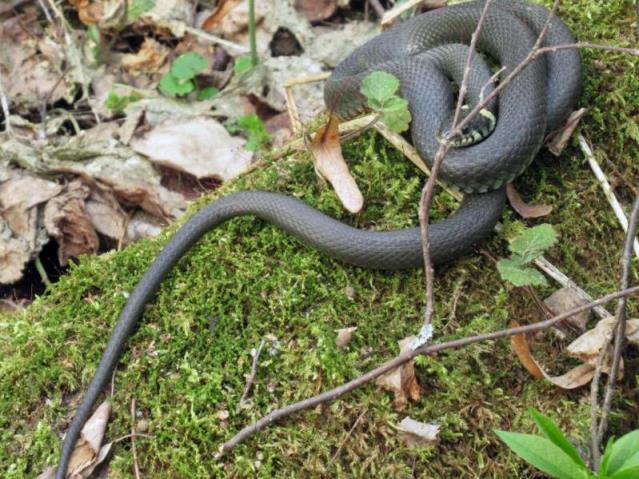 I am delirious, delirious ... And finally, the next agates in the water. Very good ones too. And not alone. Next - a mass of limestone. But only one clumsy chalcedony. But in the place where it should be on the device. I load my backpack. There is a lot of host rock, so it turns out to be quite heavy. You have to get out of the stream. I crawl out onto the road. I drop my ryuk. I go light for the car. However, already 18-30. Not all the channel has been surveyed yet, but it is enough for understanding. There is one more point, which is indicated by Volarovich, and which I have not been to. This is a ravine behind the Pyatiletka-Hospital-Reeds. Since the time of Volarovich, the names have changed more than once. I drive up to the bridge. On the opposite side is a narcological dispensary. The road lies through its territory, if you do not make a very big detour. But the gate and the fence completely block the exit from the bridge. Security at the gate.

- Is it possible to pass through the territory of your institution into the forest? Is there a fence there? I ask, focusing the question on the fence, not on the request.

How do I know what's in there? I don’t go there,” the guard replies.

If only there were such protection for all careers!

The ravine behind the dispensary is very deep and steep. There are no traces of old or new digs. But there are no signs of chalcedony. Having passed the ravine up and down and being barked at by local sentry mongrels, I return back. This was the western side of the hill. Now we need to check the ravines on the south side. I'm leaving there. However, already 19-30. It is still light, but soon it will begin to get dark, and tired. If you subtract the time behind the wheel - I walk 9 hours. The subconscious starts looking for excuses. I remember that I was already there 4 years ago. Gentle soddy ravines. But then I found a sample of chalcedony there. And even though I have a tent and a sleeping bag with me just in case, this excuse is enough to consider the program completed. I go home with a pure heart.

But what about my hypothesis about the occurrence of agates? Was it confirmed or not? To say yes, yes, no. Explicit cases that would have found agates where they had not been found before, but they were discovered by me according to the readings of the device - alas, there were no such cases. But rather yes, because. all the places where agates were once found showed the same values ​​​​on the device. Intrigued? In fact, everything is simple. But it's still a secret! 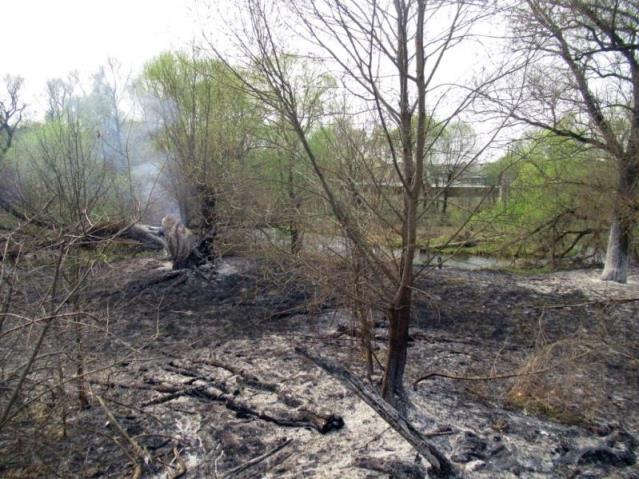 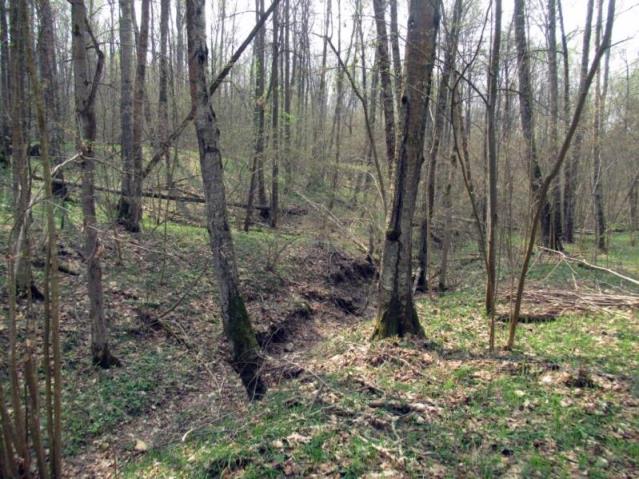 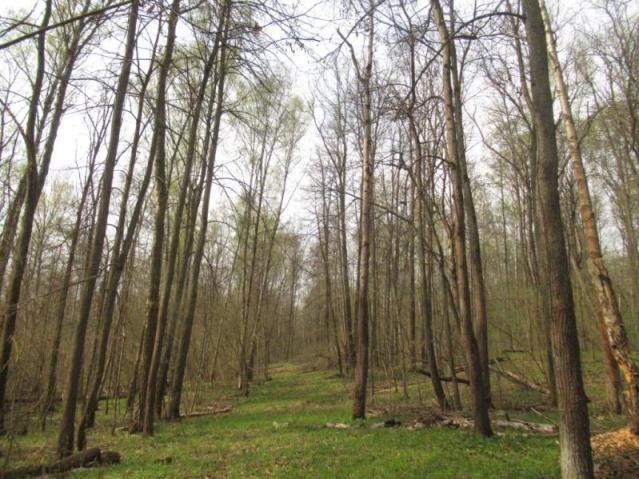 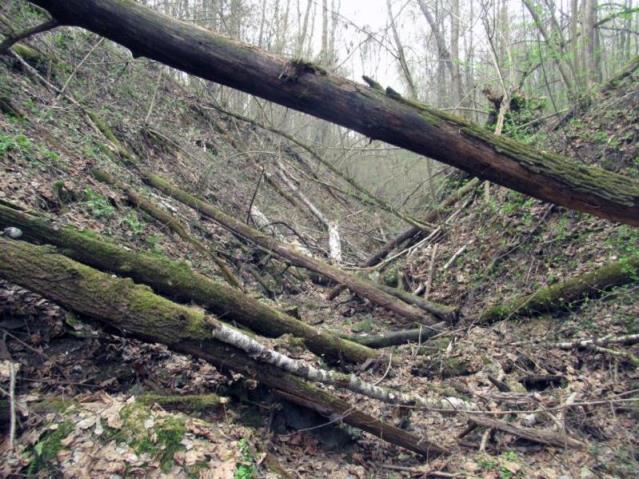 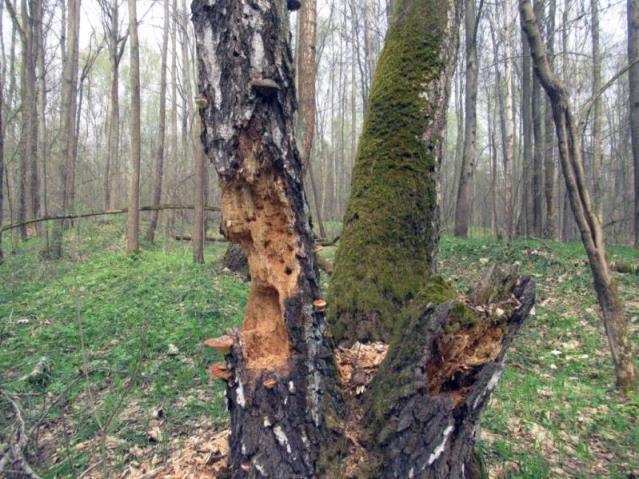 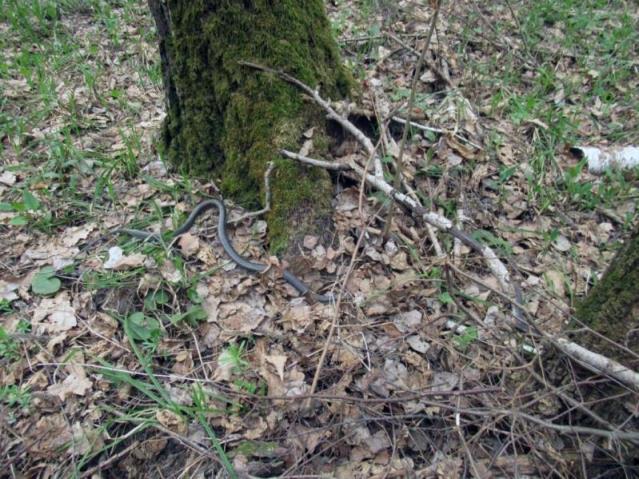 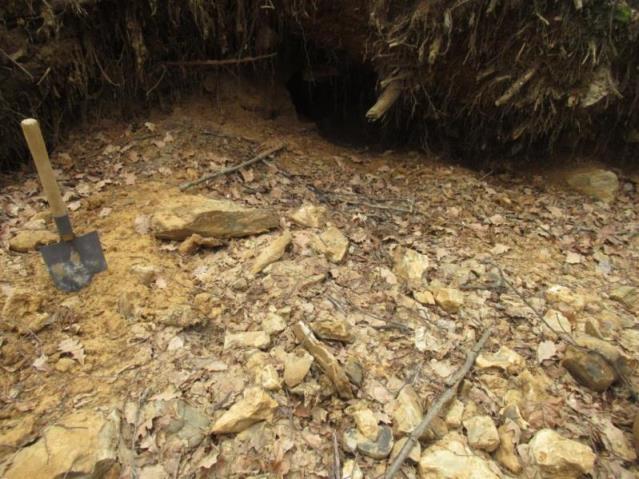 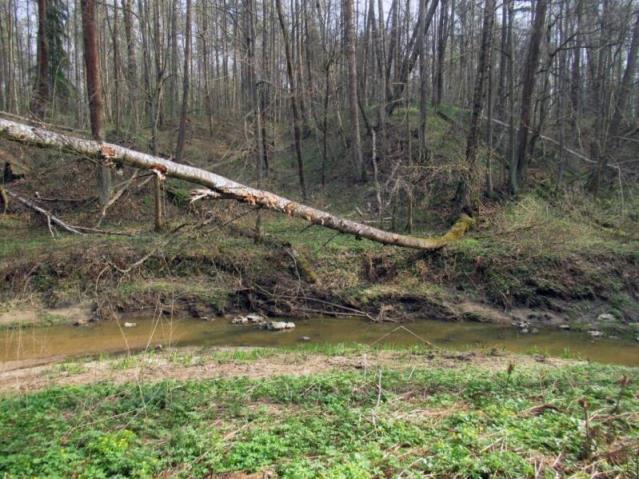 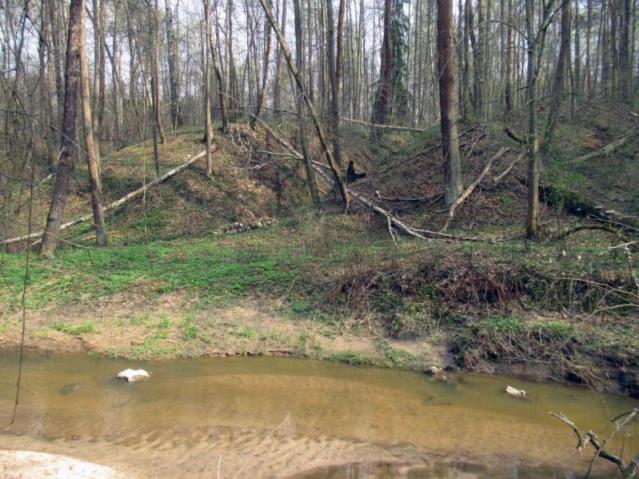 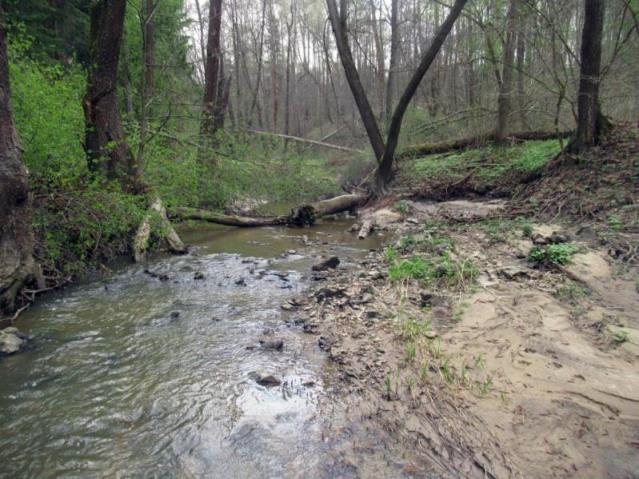 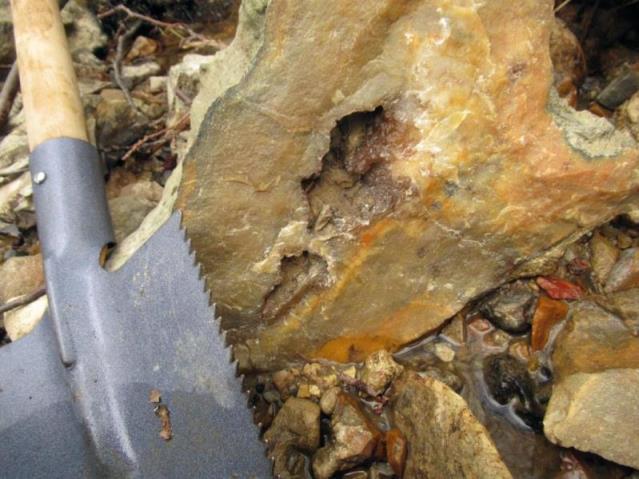 I want to receive information about new products
Author's section